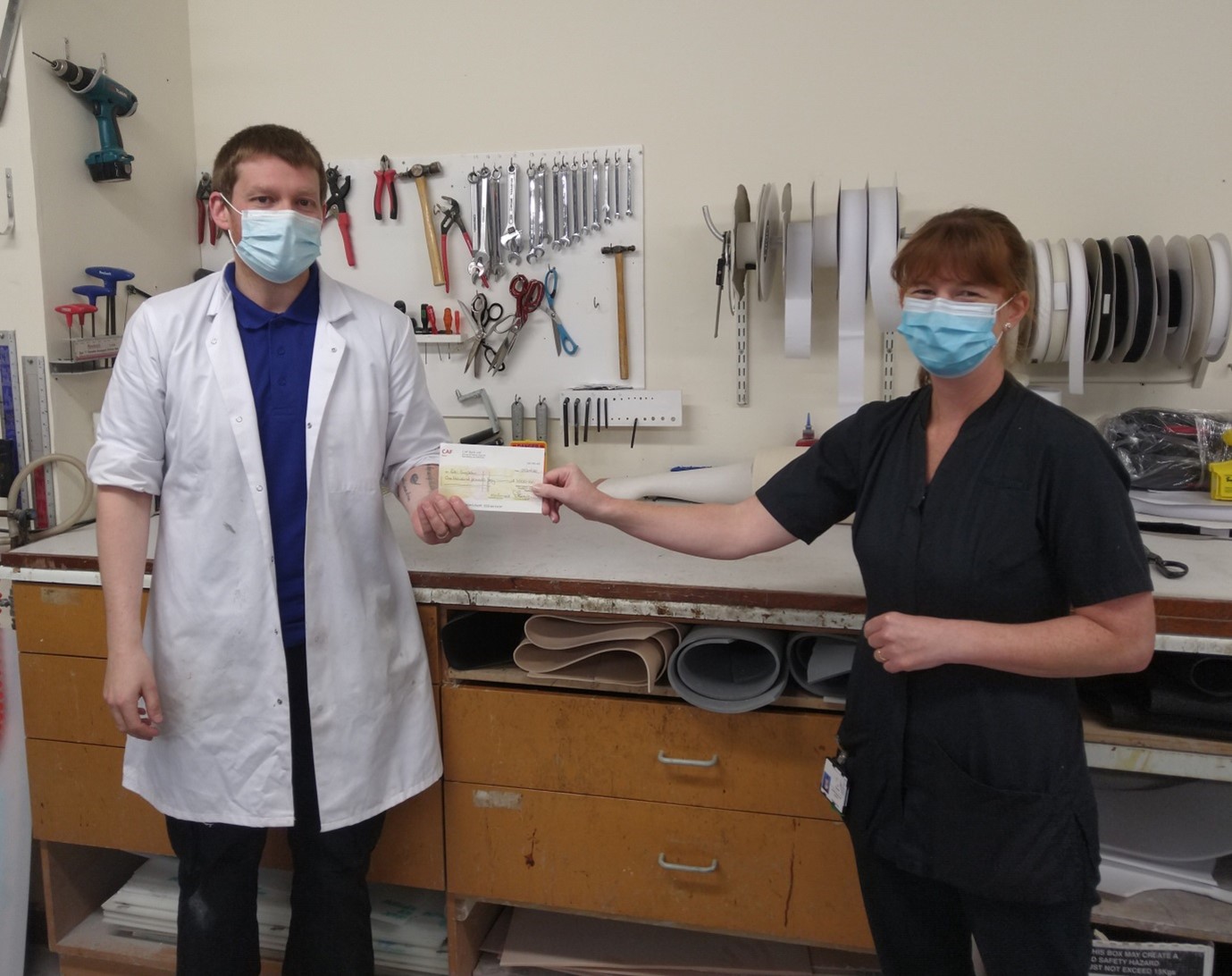 Peter Singleton, Orthotic Technician at Nottingham University Hospitals NHS Trust, has been presented with the Technician of the Year Award from last year’s cohort who completed the PDA in Rehabilitation Technologies. The £1000 prize is funded by the Orthotic Education and Training Trust (OETT) and awarded in recognition of Peter’s work ethic and commitment demonstrated during his time on the course.  Nominations for this award are made by the course tutors at Glasgow Clyde College (GCC), who review candidates work carried out in both the online orthotic modules and the site-based practical work when making their decision as to which technician is awarded the prize.

The OETT Technician of the Year prize for the previous year’s cohort was awarded to Faye Begley.

Peter was presented with his cheque by Liz Thomas, Orthotic Clinical Lead at NUH on behalf of OETT.

OETT were instrumental in the setting up of the PDA qualification, which is run by GCC.

The Orthotic Education and Training Trust was originally set up by the Department of Health and the British Surgical Trades Association, in partnership with the British Institute of Surgical Technologists, to provide a private fund for the training and education of Orthotists. The income was substantially derived from a levy on orthotic device sales to the NHS. This levy ceased when the training of Orthotists progressed to degree courses funded directly by government within the state higher education system.

The Trustees now manage the investment income derived from the levy funds as its only source of income. Their focus currently is on postgraduate training and education. The object of the Trust as defined by its deed is to fund firstly, the education and training of orthotists, orthotic managers and technologists and secondly, the training of technicians concerning surgical and medical appliances and devices (i.e. orthotic devices).